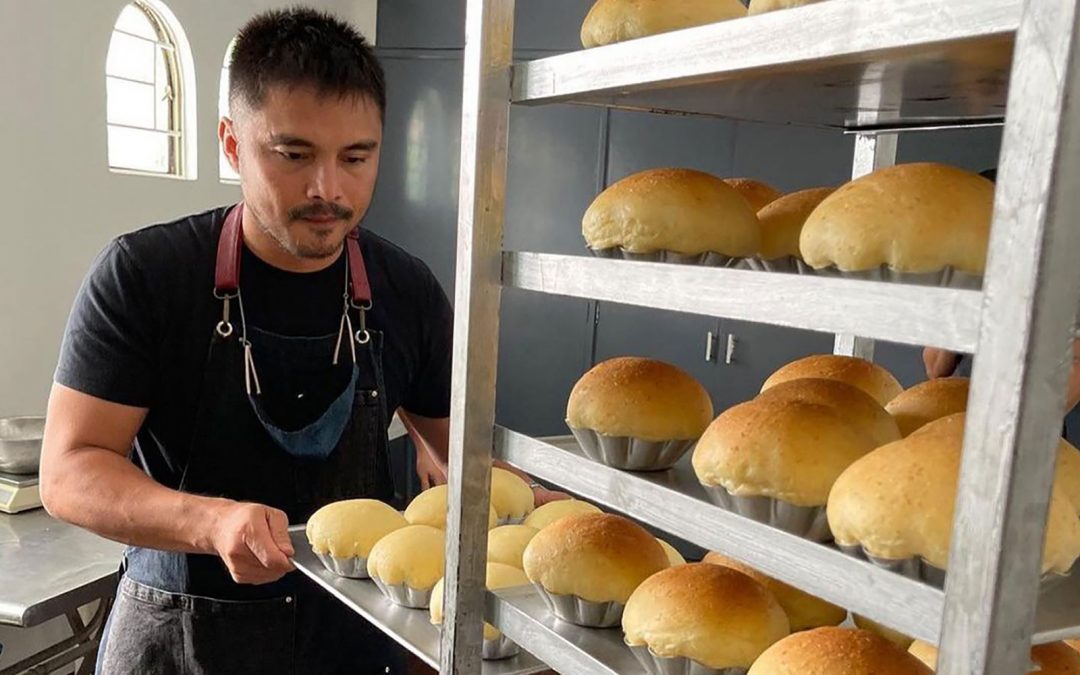 Marvin Agustin was once a teen heartthrob, the half of a popular celebrity love team. But he has already left that role for a more mature one—that of a successful restaurateur. His current brands include SumoSam, Tai Koo Hong Kong Roast, Wolfgang’s Steakhouse, and Kondwi, a resto bar slash art and performance space in Poblacion, Makati.

If there’s anything his career transition proves, it’s that he doesn’t rest on his laurels. He started in the industry as a waiter (that’s where he got discovered) then eventually took a business course in restaurant management, which paved the way for his growing food empire.

During the pandemic, he proved once again that he is not willing to stand down to idleness. With his restaurants shut down at the early onslaught of COVID, he took to baking, something he was intimidated with before. “It’s intimidating because it’s not quite my personality to follow certain measurements,” he says. “The gratification is not instant. Plus, hindi mo natitikman agad.”

It felt good that in the middle of the pandemic I was able to create this.

One can say that producing pastries has always been in his blood. His mother used to make baked goods such as ensaymadas and chocolate cakes, and his older sister May Galvez knows her way around spatulas, mixers, and ovens too. It was an itch that just needed to be scratched and being locked down at home drove him to finally don an apron.

Marvin relied on techniques and recipes he found online to ease him into baking. He took inspiration and tips from tutorials and recipes he found online. He adjusted the flavour to his liking, which isn’t too sweet because ironically, he admits that he is not fond of desserts. The trendy banana bread was what he started with, and after sending test batches to friends, orders suddenly poured in. It wasn’t really his intention to sell. It was just for pastime, he admits. But the opportunity presented itself and like a true businessman, he was more than happy to seize it.

He then added to his repertoire and baked a carrot cake loaf studded with walnuts and chocolate chips, followed by cookies, ensaymada, brownies, almond blondies, and cheese rolls. The demand became too much for him and his home kitchen to handle that he had to enlist his own staff, open a commissary in West Kamias, and come up with a brand to carry all his products, both new and those existing in his restaurants.

By September 2020, he launched By Secret Kitchen, an online umbrella brand that houses his pastries as well as frozen hand-crafted dimsum like bacon siomai and chicken feet, and SumoSam tempura sets and sushi platters. He has also come up with a line of specials called Tito Marvs where he offers savoury items such as chorizo dirty rice paired with chicken barbecue and an 8-hour roasted beef belly.

To make efficient use of his ovens during baking break time, Marvin toyed with the idea of roasting baby pigs. And much like his pastry experiments, his end product, inspired by the Spanish cochinillo and Cebu lechon, created an overwhelming demand after a single social media post. To this day, he sells out this succulent sensation after just hours of opening his order line.

“It felt good that in the middle of the pandemic I was able to create this.” Driven by the fear of failing his family, his employees, and his businesses, Marvin continues to soldier on and find ways not just to earn a living, but also to keep his sanity intact during the pandemic, he candidly says.

What did you think? 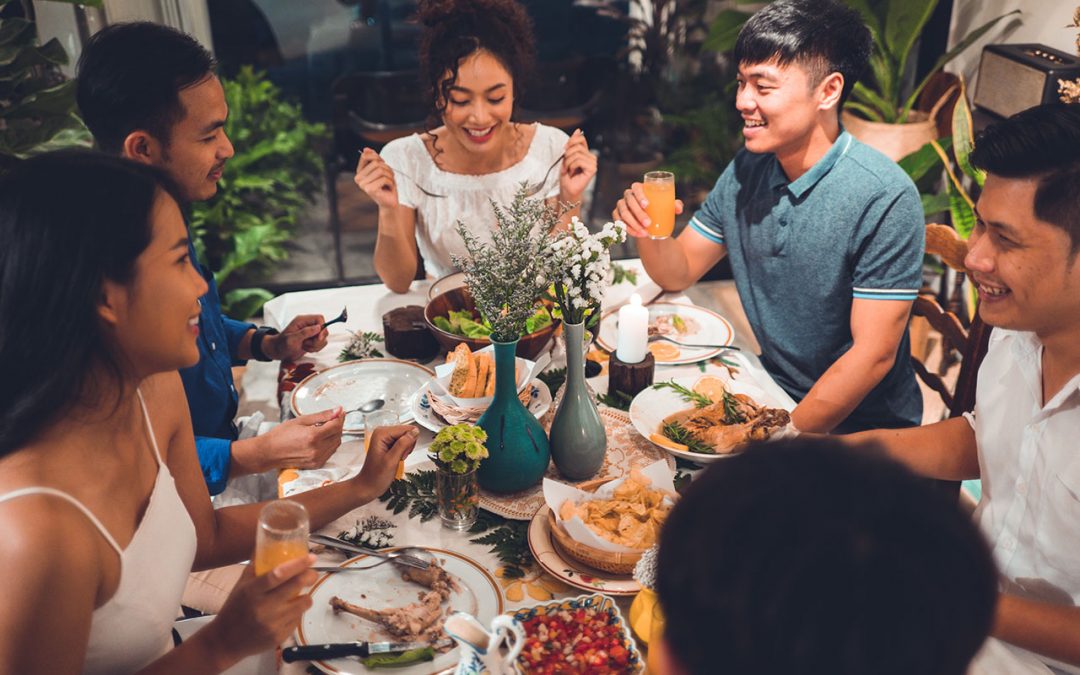 Around the Filipino dining table, no words are more commonly heard than these. It is not just an invitation, as it is more of an imposition. There is no other expected response but to agree; doing otherwise can be considered impolite and indecent, an opposition to the...

BY ANGELO COMSTIThe pandemic may have made our worlds smaller because of the travel restrictions set in place. However, that doesn’t mean that you can’t enjoy our weekend food trips. Instead of going out-of-town to enjoy Pampanga’s pindang damulag or Malabon’s puto...

Identifying Filipino cuisine through its regions

BY Idge MendiolaThere are as many versions of the Filipino adobo as the archipelago’s 7,641 islands. Taking a tour from north to south, one will discover that adobo varies not only in taste but also in the ingredients used and the cooking methods applied. Every region...

Don’t miss a beat from FoodPhilippines! Receive the latest recipes, news, and stories right at your inbox.