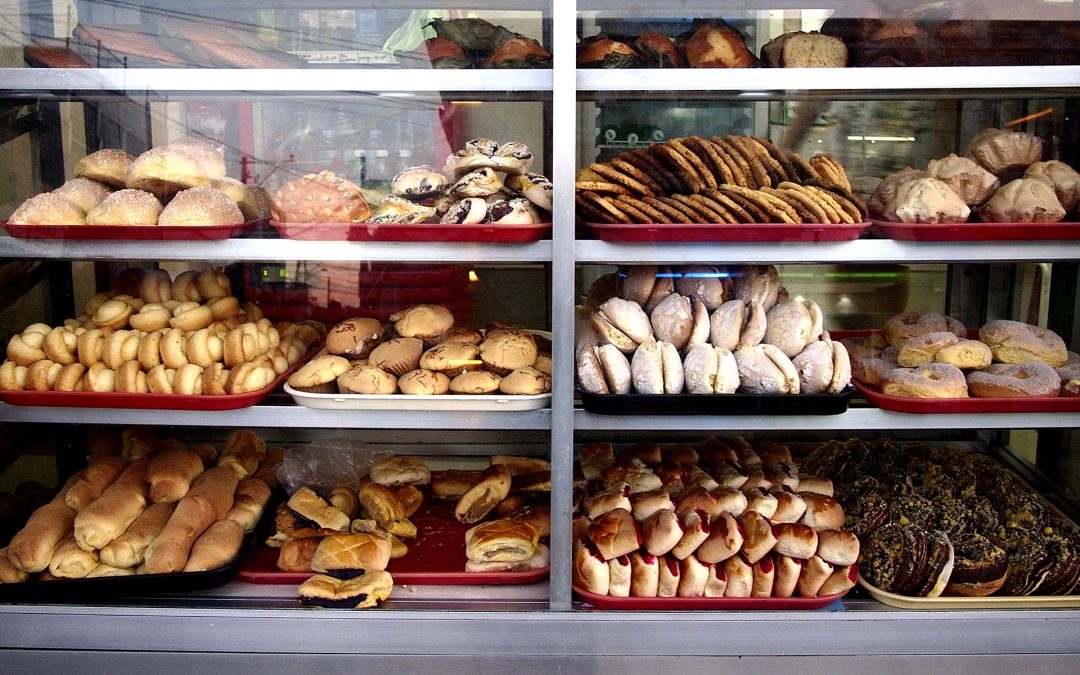 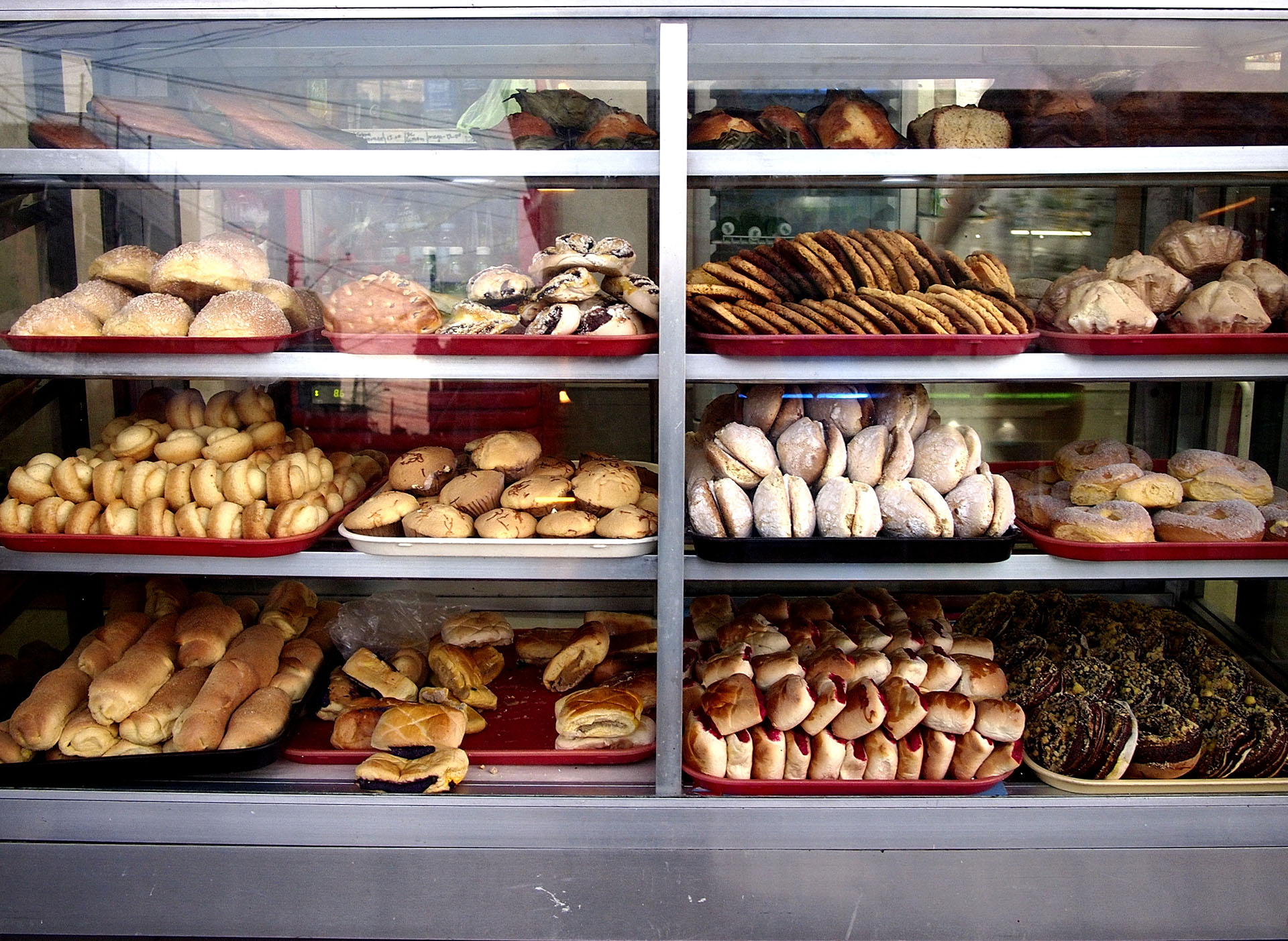 Filipino bread is always evocative of nostalgia. The airy pan de sal with sachet coffee in the morning; the rolls of yesterday’s pan de coco in the afternoon; the margarine-filled ensaymada sometime in between. You can say what you want about bread made in the Philippines, but that won’t take away from the wonderful memories we’ve all had with our catalogue of soft and sweet baked goods.

As with most dishes in Philippine cuisine, every province has its versions of bread. The kalihim (a soft roll with red pudding filling made from stale bread), for example, though largely unchanged across regions, is sometimes called maligaya or pan de pula, or pan de regla.

To break down this vast taxonomy, we consulted experts Jenny Orillos and Amy Uy, authors of Panaderia: Philippine Bread, Biscuit, and Bakery Traditions to list down their favorite and most memorable experiences from when they toured the country in search of the most fascinating bread stories. 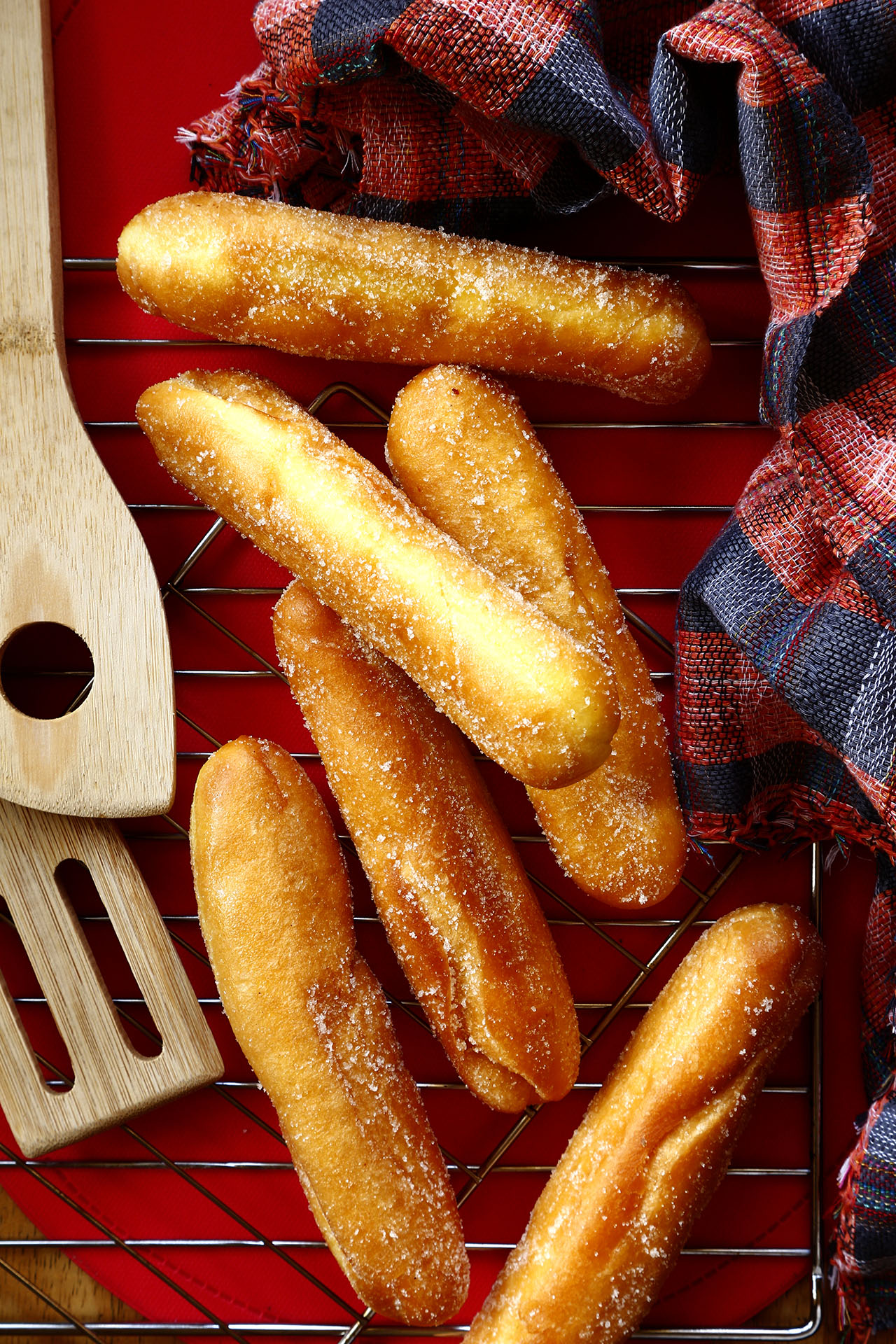 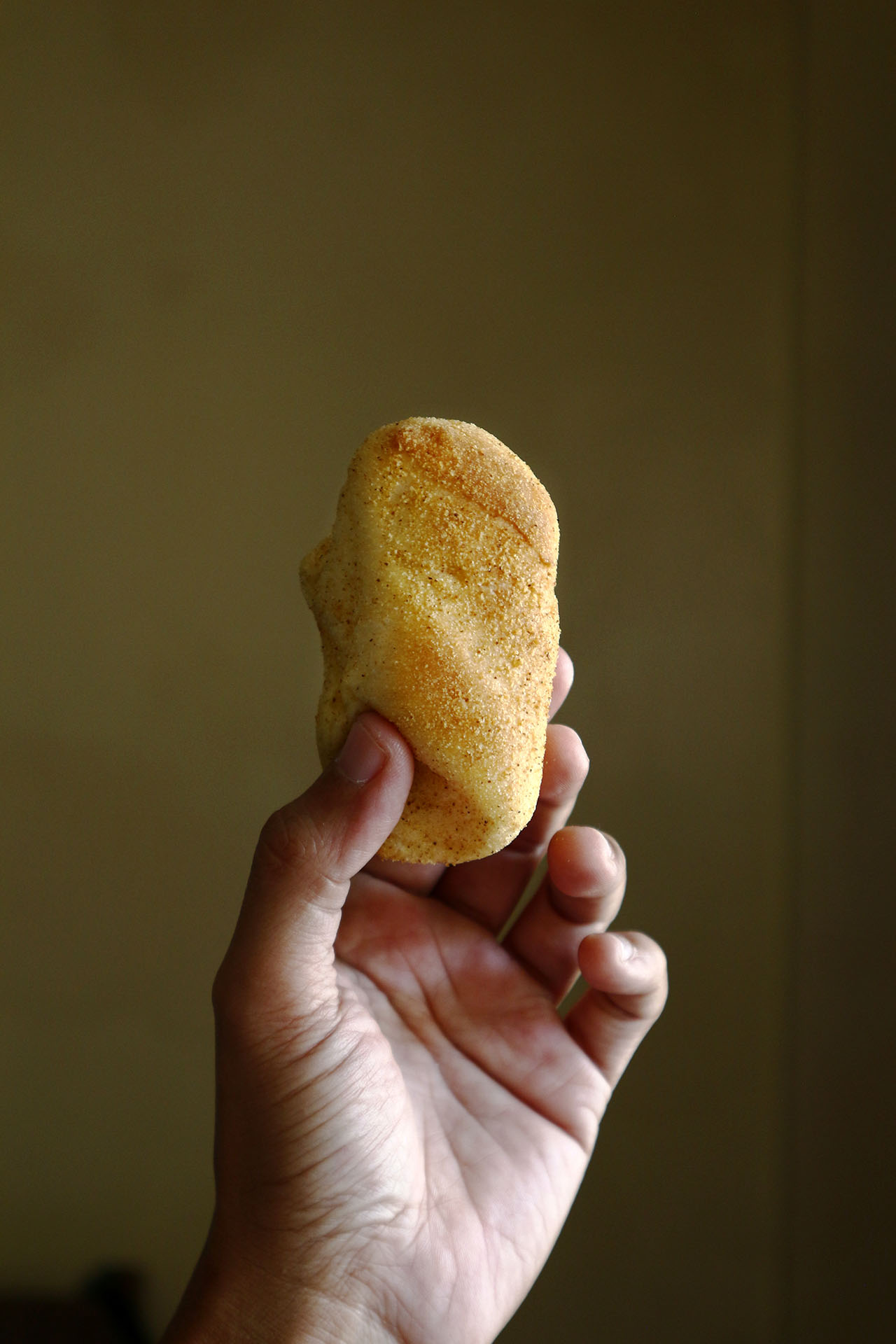 For most of us, biscocho is just a smarter way to use up old bread. Stale slices are slathered in butter or margarine, sprinkled with sugar, and given new life as a coffee mate. In this Ilocos bakery, however, bread is baked specifically for biscocho purposes. Uy confessed that it’s her personal favorite among all the types of bread they encountered.

“There are two presentations of bread: the soft, croissant-shaped one that you can unfurl and the crunchy biscocho made of either the crumb or the cover of the original bread,” she explained.

The crumb is separated by hand to become the crunchy biscocho with which most of us are familiar. Anise gives it a subtle and sophisticated flavor. In their travels, Orillos learned that many panaderos use anise in their recipes.

Pan de sal, literally translated as salt bread, is the national bread of the Philippines and while we think we’re all initiated with it, there are as many pan de sal varieties as there is adobo.

Despite the diversity, Orillos said there are similarities: the breadcrumb coat, the golden-brown crust, and the pointy-edged top called singkit or gatla, which naturally occurs when the baker uses a wooden dough cutter to split the pieces.

“The best ones are made in a pugon or wood-fired oven, which is rare nowadays but still very much alive especially in the provinces. In NCR, there’s Panaderia Dimas-Alang in Pasig City,” said Orillos.

The nomenclature of bread

Filipinos are incredibly witty and that humor can be reflected in the way we name bread. Kalihim, for example, goes by 14 different names across the country—and the ones in Visayas are mostly bastos (dirty), said Uy. “The bread’s provocative red filling looks like the pouty red lips of a woman of ill-repute.”

“And then there is the monay which in the Visayas is a nickname for a female’s private parts. The bread is named such because of the suggestive part in the middle of the bread. It also gives customers a chance to be naughty when buying the bread like when they say, “Magkano po ang monay niyo, Ate?” added Uy.

When all else fails, there’s pop culture to fall back on. According to Orillos, bread trends often reflect personalities of a certain time, such as the pan de Nora (in honor of actress and singer Nora Aunor) and elorde (after boxer Gabriel Elorde).

When all else fails, just do it again. Repetition is a common Filipino practice for naming children and apparently also bread. Apart from teren-teren, there are also lubid-lubid and bicho-bicho. 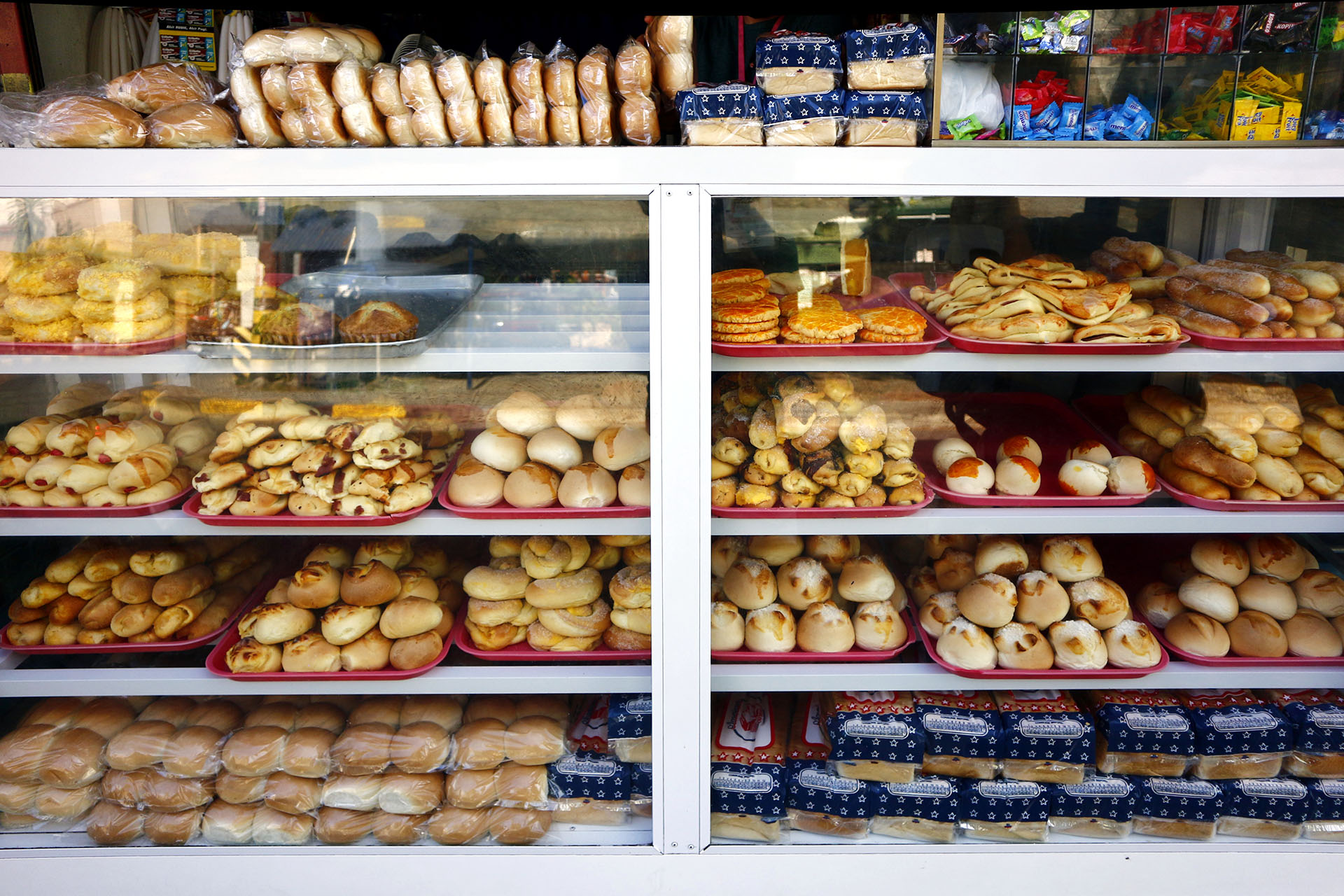 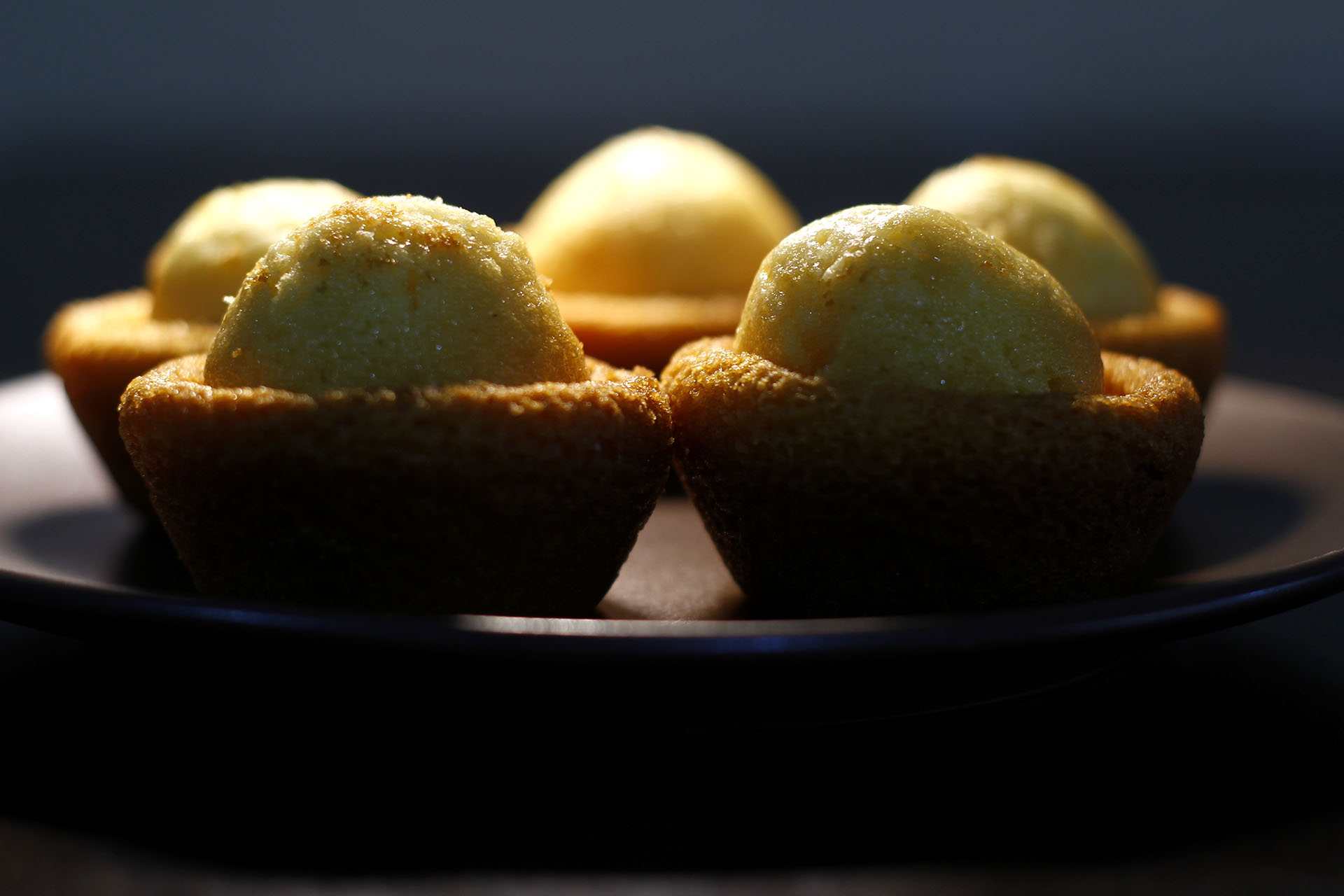 Apart from the biscocho, Uy named biskwit (biscuits) from Batangas and the lubid-lubid of Silay as her other favorites.

“The burdado is like a mamon with an intricate design on top,” she said, describing one of the biscuits she discovered in Alitagtag, Batangas. “The lambingan is also unique and fascinating because it is two pieces of biskwit joined together, hence the name which loosely means “flirtation.” In other bakeries, however, lambingan is nicknamed “double body.”

In Silay, Negros Occidental, Uy found herself fascinated by the lubid-lubid. This crunchy bread is braided like a rope and is usually long and thick. At Mariel’s Bakery, however, these addictive treats are served so tiny that braiding them is a feat in itself.

Local bread is known to lean on the sweet side, but according to Uy and Orillos, this is a recent development. Pan de sal, for example, is named because salt provided the flavor. More and more bakers however slowly sweetened their merchandise to appeal to youth.

Affordable panaderia bread provides many Filipinos sustenance. The sweeter flavor, according to Uy, compensated for the lack of palaman or filing.

Despite traveling a year trying bread all over the country, Orillos said they still had plenty more to discover.

“There are still so many places and bakeries, bakers and their stories, old bread, and newer ones inspired by the place like the pan de surf in Siargao which we never encountered because we did not get to go there,” she said, explaining that the bread is correlated with the history of surfing in the island.

Baking bread is something of an art in the Philippines. As older bakers get replaced by newer ones, old traditions are slowly being phased out. It’s a sad development on one hand, but it also means that more are coming in, further enriching the local bread culture.